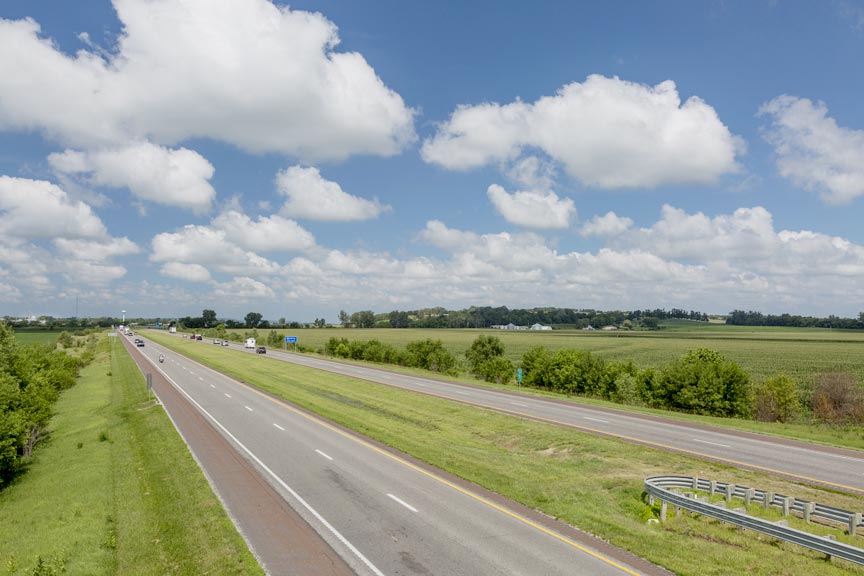 Invention, innovation, history, Hollywood, heroes, and more: Missouri’s Highway 36 may seem like just another long stretch of 4-lane highway … but you’d be surprised.

U.S. Route 36, known as Route 8 from 1922-1926, runs east–west through six states, from Rocky Mountain National Park, Colorado to Uhrichsville, Ohio. The highway is part of the Chicago–Kansas City Expressway and America’s Appian Way, which stretches from coast to coast.

In Missouri, Highway 36 cuts across the North end of the state, from Hannibal to Saint Joseph. Missouri Highway 36 is a four-lane highway across the entirety of Missouri and has been since 2010.

Missouri Highway 36 is surrounded, from state line to state line, with history, scenery, and great attractions. When you see how many famous and influential people have gotten their starts along Missouri’s stretch of Highway 36, you’ll begin to get the picture.

Missouri’s stretch of Highway 36 is named the “VFW Memorial Highway” and appropriately so. Missourians hailing from along 36 have proudly served, including some notables. Both General Omar Bradley and General Sterling Price, who was Governor of Missouri from 1853 to 1857, were from Randolph County, MO. Laclede, MO boasts the General John “Black Jack” Pershing Boyhood Home Museum.

Fame and Innovation along Route 36

Both world famous author, Mark Twain and brash millionaire, Molly Brown of Titanic fame had their humble beginnings in Hannibal, MO. Both the Mark Twain Boyhood Home Museum and Molly Brown Birthplace Museum are here. Jesse James, on the other hand, met his end in Saint Joseph.

Walt Disney spent some of the formative years of his youth in Marceline, MO. How formative? Disney famously said “more things of importance happened to me in Marceline than have happened since.” Further, Disneyland’s Main Street USA is based on memories from his youth, including Marceline! How nice to find the Walt Disney Hometown Museum here in Missouri!

James Cash Penney was born in 1875 in Hamilton, MO and went on to change the way we shop with set prices and many other standards that remain in place. Oh, and he started a little company that bears his name to this day, albeit in somewhat abbreviated form: JCPenney. You can visit the JC Penney Museum in Hamilton.

The Missouri Highway 36 corridor has been home to lots of great ideas. In fact, one of the most lauded inventions of all time came to light here in Chillicothe, MO: sliced bread. The first machine-sliced, commercial loaves were produced here in 1928, on a machine invented by Otto Rohwedder. Rock Port, MO is the first city in the country to be 100% wind-powered and The Pony Express got its start in Saint Joseph, MO. The Pony Express National Museum is located in Saint Joseph to this day.

The Route 36 corridor is more than just a path to the past. It’s also home to many active Amish communities and the Missouri Quilt Trail. Northern Missouri boasts many beautiful parks, lakes, hiking, biking, kayaking, and other outdoor recreation areas.

So go ahead, get out on Missouri’s stretch of Highway 36 and discover all it has to offer!