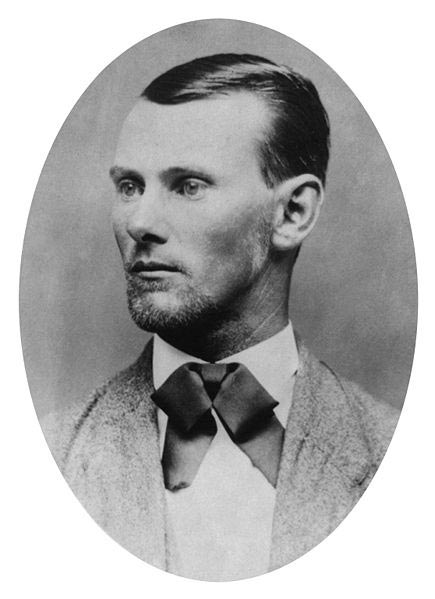 Jesse James may have been laid to rest over 130 years ago but the legend of his exploits lives on. If you’re a history buff, you’ll definitely want to visit the Jesse James Home Museum in Saint Joseph, MO.

A lot of time has passed since Jesse James terrorized the midwest with his brother, Frank, and the other members of the James–Younger Gang. Despite this, his legend and name continues to retain fame. So much so, that the simple Missouri home he lived and was killed in has been turned into a museum.

The house, itself, is reasonably nondescript: a small, one-story, wood-frame home. You’d never pick it out from a group of others as interesting; until you found out it was the last home of Jesse James, that is!

Jesse James was a notorious outlaw, most known for his railroad and bank-robbing exploits that occurred after the Civil War. In 1881, hoping to settle down some, Jesse James bought a house for his family in Saint Joseph, MO. Though he used an assumed name and was seldom home, this couldn’t protect him from the greed of his own former gang members.

On April 3, 1882, in response to a $10,000 reward for James’ capture, a former associate named Robert Ford ambushed the outlaw in his own home. According to legend, Jesse was shot in the head from behind as he stood on a chair to straighten a picture.

Now you can visit the home Jesse bought, lived, and died in. In fact, you can even see a hole in the wall where the bullet that killed him passed through. Before you get too excited about that, however it’s best to warn you that, for many, many years, the hole went unprotected. Consequently, what was once a small, round bullet hole is now ragged and fist-sized. Don’t let that discourage your visit, however!

Jesse James Home Museum contains a number of fascinating artifacts from Jesse James’ life and death. Visitors will see the famous outlaw’s home, restored to how it looked when he lived here. Family portraits are on the walls, and even some of James’ old guns. Artifacts from James’ grave can be seen, too, including a casting of his skull, showing where the bullet went in.

The Jesse James house was moved from its original location at 1318 Lafayette Street to directly behind the Patee House Museum in the 1970s. Ironically, the Patee House served as the base of operations during the investigation of James’ death. It was also where his family stayed directly after his murder.

More than that, the Patee House has its own fascinating history. It was here, in 1860, that three business men established the headquarters for the Pony Express. Then known as The World’s Hotel, its luxuries served as the last bit of civilization for travelers headed into the wild western territories.

Northwest Missouri Lodging
Visiting Jesse James Home is a great idea – but you can’t sleep there! If you’re looking for the best in Missouri lodging, look no further than the many friendly Missouri Bed and Breakfasts! Missouri B&Bs offer the kind of personal service and deep-dish amenities you’ll find nowhere else. Book your stay at a Missouri inn today!