The “World’s Largest” in Missouri and Where To Find Them 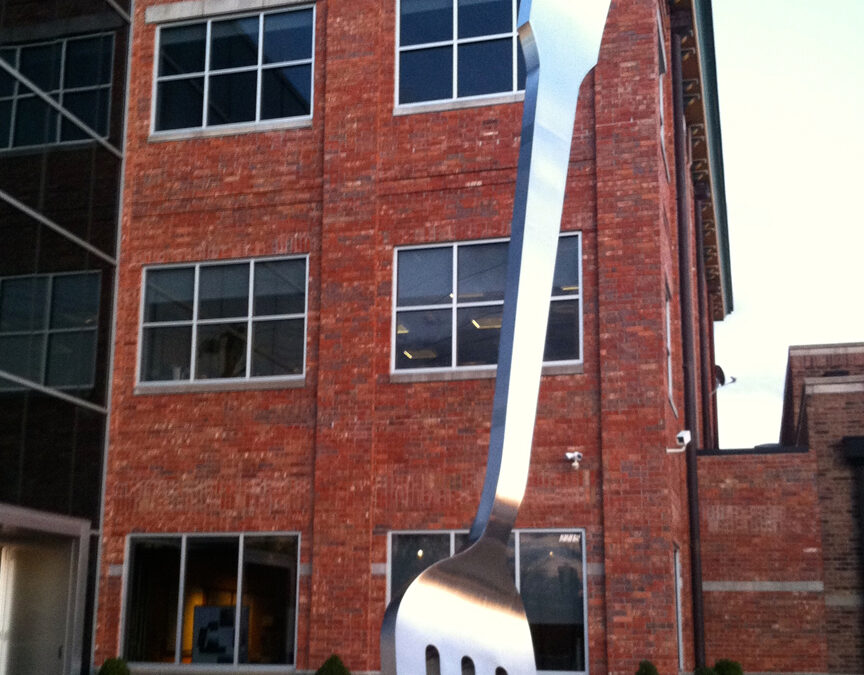 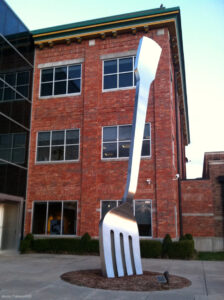 Missouri is known as the “Show-Me State” because of native skepticism, they say; but I think it might also apply to the number of state attractions listed as being the “World’s Largest.” I mean, who doesn’t want to see the biggest gas pump, chess piece, or cap gun around? I do – show me!!

There are countless reasons to visit Missouri: Lake of the Ozarks, Branson, Mark Twain’s boyhood home, Arcadia Valley, and so many more I haven’t the room to list them all. One fun reason to visit, however, is Missouri’s eclectic collection of oversized objects. A goose, shuttlecocks, a giant rocking chair, and a monstrous pecan, to name just a few.

St. Louis, Missouri seems to have a rather large number of really big items. I don’t know if it has the world’s largest collection of world’s largest things but you almost suspect they’re working towards it. 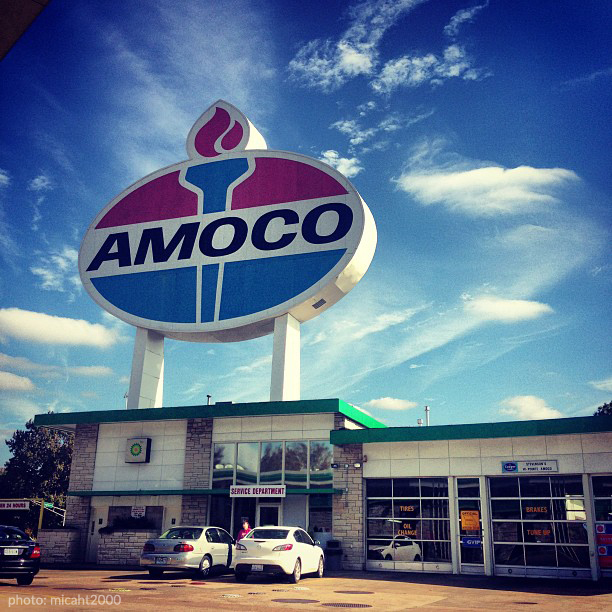 The World’s Largest Amoco Sign (981 S. Skinker Boulevard)
Amoco Oil company may be long gone but this titanic sign continues to advertise – albeit over a totally different company’s gas station!

The World’s Largest Chess Piece (4652 Maryland Avenue)
The giant king chess piece outside of St. Louis’s World Chess Hall of Fame symbolizes the city’s status as US chess capital. It stands over 14 feet tall and is 6 feet wide at its base. Whoa.

The World’s Largest Vess Soda Bottle (520 O’Fallon Street)
This 12′ tall soda bottle used to revolve at the corner of Gravois and Hampton. The now stationary but otherwise refurbished sign has been relocated to O’Fallon Street.

World’s Largest Underwear and Pencil (750 N. Sixteenth Street)
The 76 foot-long pencil and 7 foot wide, 6 foot tall pair of undies can be found, with a great many other fascinating things, at the St. Louis City Museum.

Kansas City is a “Big” Town, Too

St. Louis doesn’t get all the “largest” kudos. Kansas City, MO has its share of oversized items, too.

World’s Largest Shuttlecocks (4525 Oak Street)
The lawn of the Nelson-Atkins Museum of Art is home to four, 18 foot-tall badminton shuttlecocks. The gigantic aluminum and fiberglass pieces were created by the husband-and-wife team of Claes Oldenburg and Coosje Van Bruggen.

World’s Largest Needle and Button (801 Broadway)
The 22 foot tall sculpture of a button and needle on the corner of West Eighth Street and Broadway was designed by artist Dan Stevens. It commemorates Kansas City’s historic garment district.

Other “World’s Largest” in Missouri 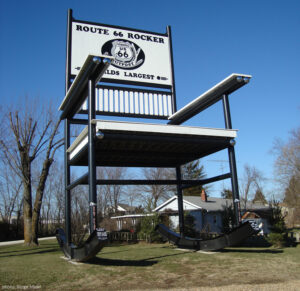 World’s Second Largest Rocking Chair (5957 Hwy ZZ, Cuba, MO, 65453)
This more than 42 foot tall piece of furniture was built specifically to break the Guinness World Record for large rocking chairs. It did it, too – until some joker in Casey, IL knocked one out that was 56.5 feet tall. Who knew there was a “largest rocking chair” arms race?

World’s Largest Praying Hands (near S. Ball Street, Webb City, MO 64870)
This 32 foot-tall, 100 ton steel and white stucco memorial was created to serve as a reminder of the importance of prayer by artist Jack Dawson in 1974.

World’s Largest Pecan (113 W. Broadway Street, Brunswick, MO 65236)
It makes sense that Brunswick, host of an annual Pecan Festival and self-styled “pecan capital of Missouri,” would be home to this monument. The giant pecan is 12 feet long, 7 feet in diameter, and weighs twelve thousand pounds. Now I know what to make my giant pie out of.

World’s Largest Roll of Toilet Paper (3326 West Highway 76, Branson, MO 65616)
Leave it to Ripley’s Believe It or Not! to have a gigantic roll of toilet paper on display. The roll, manufactured by Charmin, has a diameter of 9.73 feet and would reach more than a million square feet in length, were it unrolled. Mr. Whipple would flip his ever-lovin’ lid.

And That’s Not All!

If you think the above list is impressive, consider that there are many attractions merely listed as “big” in Missouri that I didn’t include. Further, I have undoubtedly missed a few things. If you know of any “world’s biggest” items in Missouri that belong here, be sure to add them in the comments!

I don’t know about big but, if this post was about the “world’s best” in Missouri, we’d have to list lodging – and B&B’s! Maybe we’re biased, but we think Missouri bed and breakfasts offer the very best accommodations around. The next time you enjoy a Missouri getaway, check one out and see – you will not be disappointed!