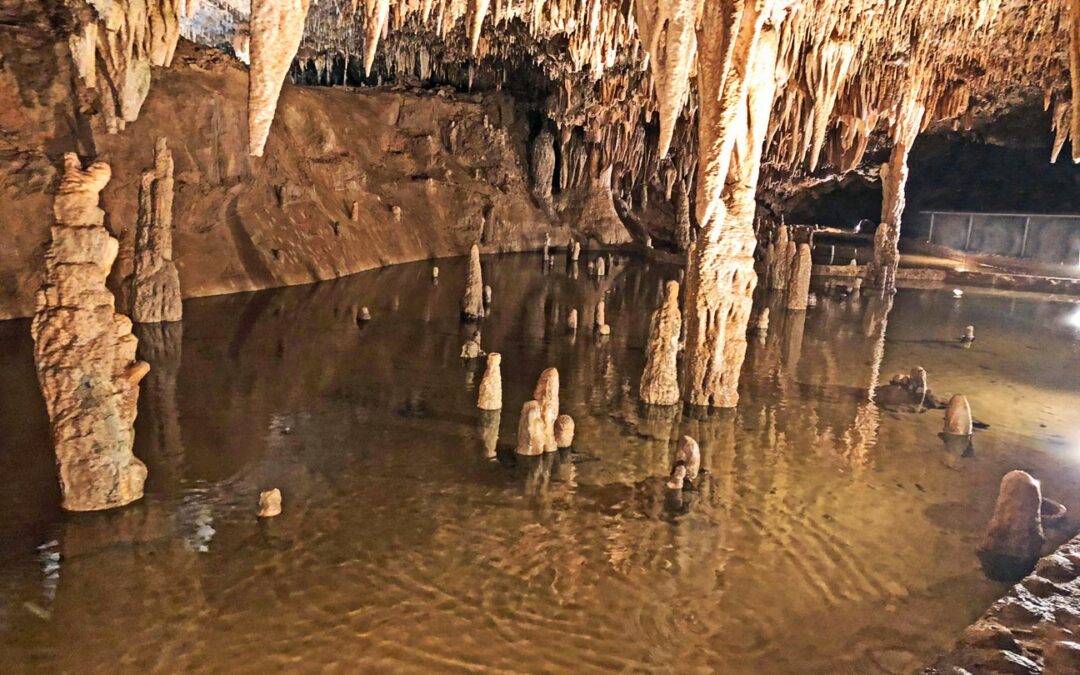 Meramec Caverns is Missouri’s largest show cave – and that’s saying something in a state with a more than 6,000 surveyed caves. The 4.6-mile cavern system is located in the Ozarks, near Stanton, Missouri.

The cave was well known to natives, with a number of Pre-Columbian Native American artifacts found inside. In fact, it was Osage stories of the cave that led the first European here in the early 1700’s.

Since then, the cave has served as a saltpeter mine, a Union gunpowder facility, heat shelter, party venue, and a movie set. Some even say it was a hideout for Jesse James.

Meramec Caverns were formed over millions of years by the steady erosion of limestone and accretion of minerals. This type of cave is known as a “living cave” because it is still being formed.

Meramec Caverns has around 18 miles of passageways and chambers to explore. The complex of caverns is taller than a 7-story building and decorated with naturally occurring stalactites, stalagmites, and other weird stone shapes. 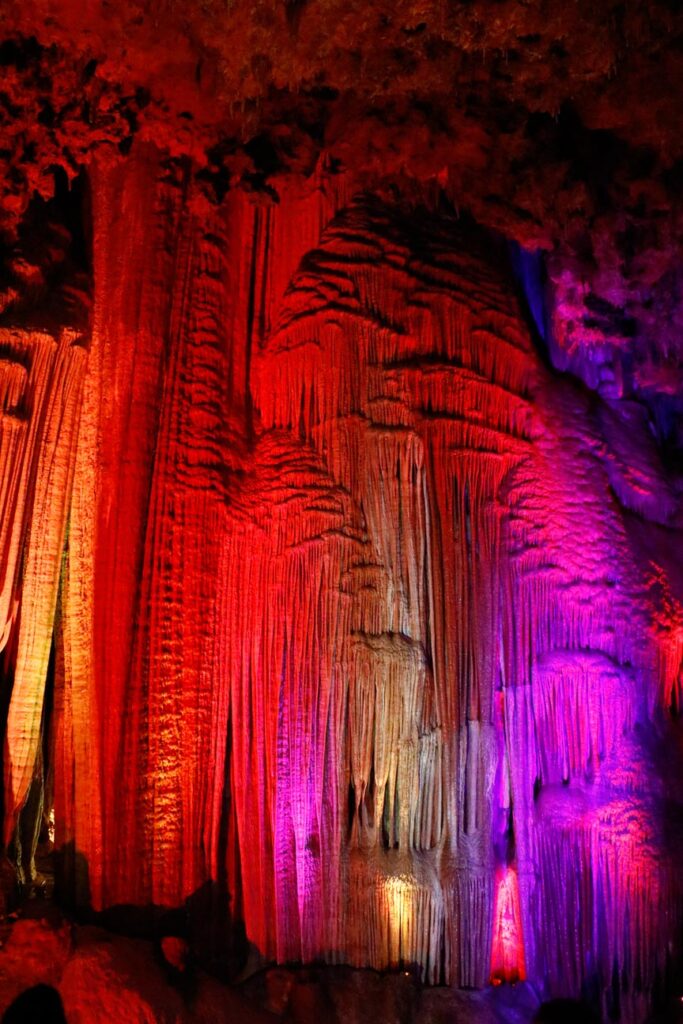 Warm weather visitors to Meramec Caverns will discover there’s lots more to do after you’re done touring the cave.

Caveman Zipline – March-October
Fly through the air with the greatest of ease on this 90 minute canopy adventure. Three swinging sky-bridges and four zip rides. www.cavemanzipline.com.

Riverboat Rides – April-September
Enjoy a half hour long, canopy-topped riverboat tour on the Meramec River. Relax and enjoy the ride as your guide describes the river’s rich history and wildlife.

Canoe Floats – April-October
Kick back in a canoe, kayak, or raft during a six or eleven mile float trip down the scenic Meramec River. Shuttle to and from the launch and pick up included. This attraction is weather dependent. www.caverncanoeandraftrental.com

Panning for Gold – June-September
Kids love gold panning and here they can net fool’s gold, fossils, and other gemstones. Such excitement and fun!

Meramec also has a gift shop, a full service restaurant, and Granny’s snack shack. Pick up some souvenirs during your stay and, for gosh sakes, don’t leave hungry!

Meramec Caverns are wonderful – but they won’t let you sleep there! For the best in Missouri lodging, we suggest booking your nest stay at a locally owned B&B! A Missouri Bed and Breakfast offers superior hospitality, top-tier amenities, and insight into what to see and do in the area. Make the most of your next vacation with a stay in a Missouri inn!