Come To The 2018 Washington Town and Country Fair! 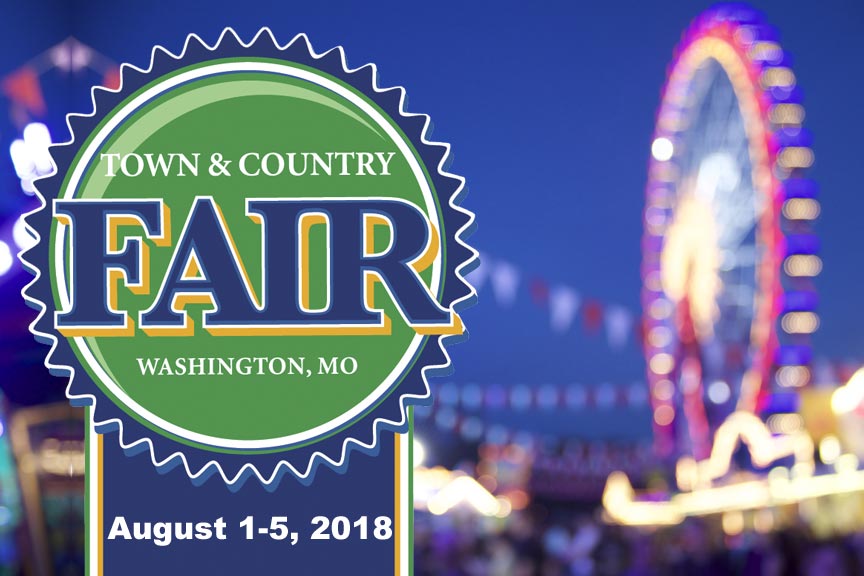 Come to Washington, MO and celebrate at the 89th annual Washington Town and Country Fair, August 1st through the 5th, 2018!

The annual Washington Town and Country Fair is the second largest fair in Missouri. It’s also considered to be one of the very best. This year’s fair is no exception. There will be 9 concerts on the Pepsi Main Stage and 5 nights of intense excitement in the Radio Comm Motorsports Arena.

It wouldn’t be a fair without contests. The Washington Town and Country Fair features over 25 different ones! Come compete in – or just spectate at – the Pig Chase, the Turtle Race, Hot Wing Eating, Edible Bug Making Contest, and many others. It’s contests galore!

This year’s artists on the Pepsi Main Stage include Josh Wilson, Walker Hayes, Chris Knight, Jason Boland & the Stragglers, Whiskey Myers, Jake Owen, and Sawyer Brown! The Entertainment Tent won’t be exactly dull, either, with the Texas Giants, Catfish Willie, Whiskey Dixon, ​Schmitts & Grins, and many others taking the stage.

Other attractions at the 2018 Washington Town and Country Fair include:

Visit the fair online at www.washmofair.com or follow it on Facebook.
The fair is held at the Washington City Park Fairgrounds off of Grand Avenue at 1261 Veterans Drive. You’ll want to use 201 Grand Avenue, Washington, MO 63090 for your GPS, however.

Central Missouri Lodging
Missouri has lots of amazing fairs to attend. Not just fairs, either, but museums, galleries, shopping, parks, rivers, lakes, wonderful towns and cities,  and more! Another thing Missouri has a lot of are warm and welcoming B&B’s. Missouri inns and bed and breakfasts are your answer to a good night’s sleep, followed by a nutritious breakfast and plenty of hospitality and top-shelf amenities in between. So go ahead, the next time you’re enjoying a Missouri getaway, give yourself the gift of supreme comfort and value with lodging at a Missouri B&B!