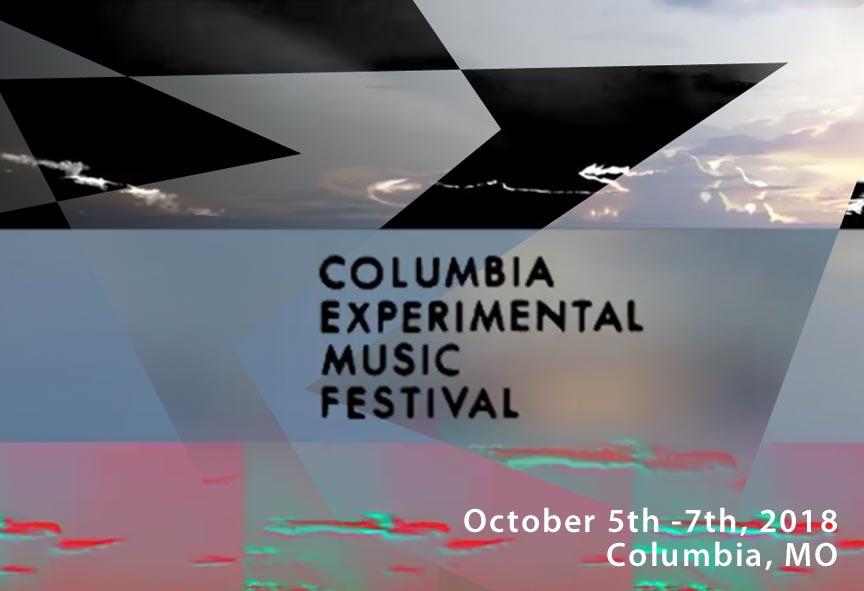 Come to Columbia, MO October 5th through the 7th, 2018 for the Columbia Experimental Music Festival! Over two dozen artists from around the world will provide 3 days of adventurous art and music at 10 venues throughout downtown Columbia, MO. Don’t miss it!

Columbia, MO has been the site of some great musical happenings of late and the upcoming Columbia Experimental Music Festival continues the thread.

Previously known as the “Dismal Niche Festival,” the event attracts a variety of neo-classical, ambient, folk, and pop artists from around the region and the world. Previous years have seen such alternative luminaries as Laraaji, Jon Mueller, Kath Bloom, Moor Mother, and Scott Tuma.

The folks behind the Columbia Experimental Music Festival have released a similarly exciting roster of artists for this year’s event. Guitarist Glenn Jones, string-trio Hear in Now, the Chicago collective ONO, and multi-instrumentalist Benoit Pioulard are all on the schedule.

Art is an integral component of the Columbia Experimental Music Festival. 2018 will see visual installations from Sasha Goodnow, Blank Thomas, Aki Moone, and others. You’ll also be able to attend a variety of artists workshops. AMULETS, Midwife, ONO, and JoAnn McNeil are all on the schedule to present.

October 5th through the 7th, 2018
Downtown Columbia, MO
Learn more at cargocollective.com. You can also follow the festival on Facebook.

Missouri Lodging No matter where your Missouri getaway takes you, a warm and friendly Missouri inn is somewhere nearby. Missouri Bed and Breakfasts are locally owned and operated, offering the kind of service and amenities you can find nowhere else. Book your room at a Missouri B&B today for the best in Missouri lodging!