Go Back in Time at Fort Osage National Historic Landmark 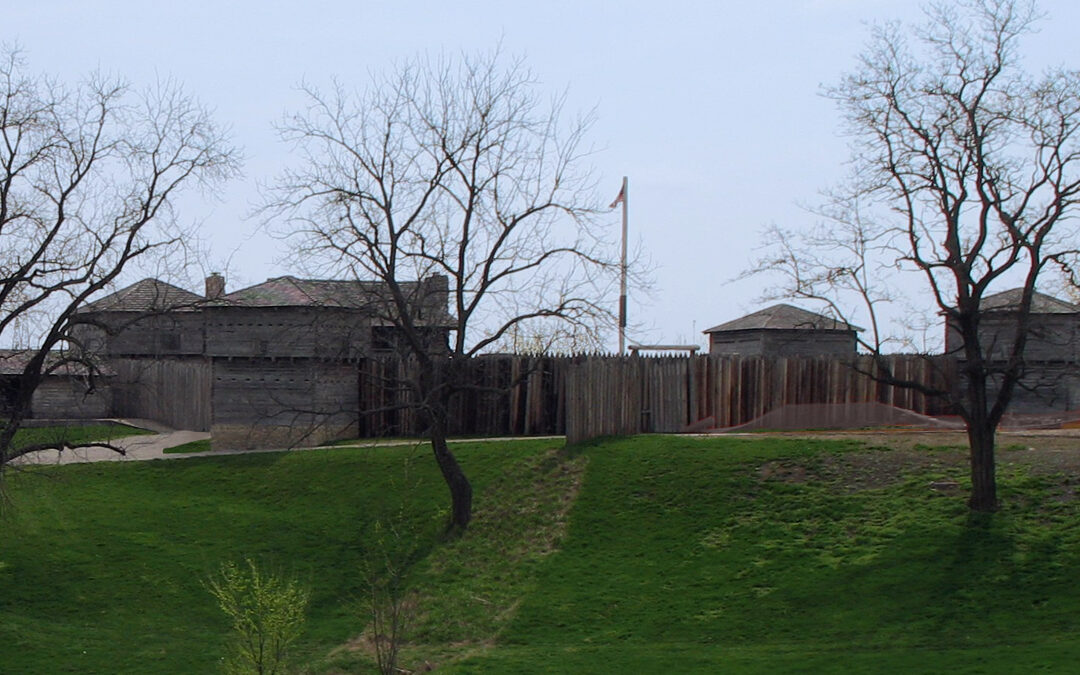 Historic Fort Osage was built when Missouri was still considered the far west. Now you can visit the reconstructed site, designed to appear as it did in 1812, with authentically attired living-history interpreters. Step back in time and walk on ground once trod by William Clark, Sacagawea, Daniel Boone, and many, many others.

Fort Osage, overlooking the Missouri River, was established, by William Clark (of Lewis & Clark fame) in 1808. It was one of the first military outposts in the territory, built to protect the newly established Louisiana Purchase.

The forts served double duty as both trading posts and military encampments. One of the forts’ main purposes was to help foster better relations with the native peoples via fair trade. Unregulated commerce from private fur traders were a constant contributor to unrest with the natives and something the forts hoped to mitigate.

Fort Osage closed due to a variety of factors in 1822. The War of 1812 had ended, the Osage had ceded more of their land, and trade was moving to newer bigger forts. Fort Osage served as a landmark on the Santa Fe Trail for a while but eventually faded back into the grass, leaving nothing but a rock foundation by 1850.

Archeologists rediscovered the fort’s foundations in the 1940s and the historic site’s reconstruction soon followed. The historic fort now looks as it did in 1812. Reconstruction hewed as close to the original specifications as possible, using original surveys created by William Clark and others.

Now you can visit Fort Osage as it appeared in the early 1800’s, complete with costumed interpreters who make the past come to life. Tours of the facility provide fascinating insight into the daily life of the military, civilian, and Native American populations that lived and worked here.

The Fort Osage Education Center at the site includes a number of interactive exhibits. Learn about the area’s geology, early 19th century flora and fauna, and the Missouri River. Other exhibits focus on the Hopewell Indians, Osage Indians, Lewis and Clark, and the fort, itself.

Special Events at the Fort

The fort also hosts a number of special events throughout the year. Some of the upcoming include:

Annual Fall Muster – October 26 – 27, 9am to 4:30pm
Cannon practice, musket practice, and infantry drills – this annual event is nationally recognized as one of the most authentic.

​Fort Osage Candlelight Tour – December 14, 4:30pm to 9:30pm
Experience the holiday season through the eyes of soldiers officers, government agents, and civilians at the fort.

Visit the fort online at www.fortosagenhs.com or makeyourdayhere.com for more information.

Missouri has lots of historic sites to visit. We also have galleries, museums, shopping, parks, rivers, lakes, wonderful towns and cities, a friendly populace and lots of warm and welcoming B&B’s. A Missouri inn is your answer to a good night’s sleep, followed by a nutritious breakfast, and plenty of hospitality and top-tier amenities in between. So go ahead, the next time you’re enjoying a Missouri getaway, give yourself the gift of supreme comfort and value with lodging at a Missouri bed and breakfast!